PERFORMING ARTS CENTER AT 32 BELOW

The mission of the Performing Arts Center at 32 Below is to provide all members of our community with a high-quality but affordable performing arts education. The carefully developed curriculum offers opportunities for toddlers just starting their artistic journey to adults who wish to hone their skills or gain new ones. Our Professional faculty offer years of experience in their given artistic medium and aim to help each student reach their full potential as a performer.

This new membership program is a month-by-month payment of $119 which will allow your student to participate in EVERY SHOW as well as come in every Tuesday and Thursday starting on 9/4 for our new Skills Class Tuesdays and Open Stage Thursdays. (When shows are in rehearsal, your child will also be coming on Wednesdays as usual)

Beginning September 4th, the PAC@32 Below will be offering a new drop-in Skills Class as a part of the PAC Membership program!

This is a day where new and old instructors of CSA will come in and help students explore the many elements of theatre!

These classes will vary among different trades and techniques, such as improvisation, direction, stage combat, theatre dance, devised theatre, playwriting, acting for the camera, audition technique, and the Greats of acting technique, such as Hagen, Linklater, and Meisner.

Students can take advantage of these classes even when there is no current production, keeping their skills sharp year-round!

Beginning September 6th, there will also be Open Stage day every Thursday.

This day will be completely student driven: they can work on their singing, read some plays, work on what they’ve learned in their Skills classes, or just hang out with their theatre friends after their school day!

The Newer Directions; A Gleeful Revue

*this program requires an audition*

Beth received her BA in Theatre from SUNY Plattsburgh where she served as President of Alpha Psi Omega, a national theatre honor fraternity and Vice President of the College Theatre Association. Beth was also twice nominated to and a finalist in the Irene Ryan scholarship competition, part of the National College Theatre Festival. After College, Beth spent several years as part of The Harold Clurman Theatre on NYC’s famed 42nd Street Theatre Row, before discovering her true passion….childrens theatre!

Beth started teaching/directing young performers in the early 90’s and has no intention of stopping! Since 2004, Beth developed and grew the highly acclaimed TWKids program at TheatreWorks in New Milford. She has also taught at theatre’s, schools and studios in Brookfield, Roxbury, Danbury and Ridgefield in Connecticut as well as Pawling, Brewster and Bedford Hills in New York. Beth has not only directed countless classic musicals (Annie, Guys & Dolls, Seussical, Into The Woods, Godspell, How To Succeed, Wizard of Oz, etc…), she is also known for creating musical revues that truly allow every student to shine. Beth is thrilled to be bringing her unique skill set to CSA!

Robin Frome is a local director and acting teacher. He is currently the president and artistic director of The Sherman Playhouse in Sherman, CT. He has a BFA in Acting and Directing from UCONN and an MA in Dramaturgy from Wesleyan University. Since 1992, he has directed over 200 productions for theaters and schools ranging from Shakespeare to Musicals to Children’s Theater.

Missy has been teaching and performing in the Western Ct, NY area for over 25 years. For the past 10 years Missy has been running the extremely popular Theater Barn Kids program at The Ridgefield Theater Barn. 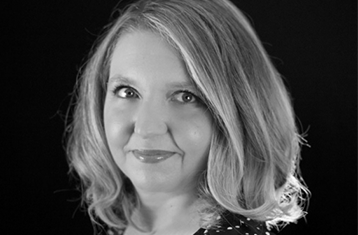 Jackie studied for her BFA in Theatre at CCSU and WCSU. She completed two post graduate internships at the famed Juilliard School in NYC. Jackie also started “Improv in the City” for The Boys and Girls Club of New Britain and “Shakespeare on the Green” for youth in Naugatuck. She was an instructor for Stage 2 Teen theatre at TheatreWorks New Milford where she served on the Board of Directors for three years.

LuAnn has studied ballet, tap and jazz in Florida and NYC, and acting in London at the Royal Academy of Dramatic Art. A veteran of musical theatre, she has performed in New York, Florida, France and Japan. She has performed on Broadway and was a Radio City Rockette for 11 years.

An award winning choreographer and dance education professional with over 30 years of experience. Her work has been seen in NY, NJ and Ct. Regina has studied with Finis Jhung, Al Blackstone, Mandy Moore and Frank Hatchett as well as attending workshops in NYC and Miami.